In January 1982, I obtained L.L.B. (Honours) degree from the University of Dhaka, Bangladesh. In 1983, I joined the Bangladesh Judicial Service as an Assistant Judge. Until December 1988, I worked in the District Judges’ Courts both as Assistant Judge and Senior Assistant Judge. In January 1989, I started my legislative drafting career as an Assistant Secretary (Drafting) in the Ministry of Law and Justice of the Government of Bangladesh. In June 1990, I was promoted to Joint-District Judge and placed in the District Judges’ Court, Dhaka, Bangladesh. In this capacity I exercised unlimited civil jurisdiction. In April 1991, I was transferred to the Ministry of Law and Justice as a Senior Assistant Secretary (Drafting) and worked there until November 1995. During this tenure, I obtained L.L.M. in Legislative Drafting degree in 1994 from the University of the West Indies, Barbados under a fellowship from the Commonwealth Secretariat, London.

In November 1995, I was promoted to Additional District and Sessions Judge and placed in the District Judges’ Court in Chittagong, Bangladesh. In this capacity, I exercised both original sessions and criminal appeal jurisdiction. I exercised civil appellate jurisdiction as well. As an Additional Sessions Judge, I exercised the highest criminal jurisdiction including imprisonment for life and death penalty. In October 1996, I was transferred to the Ministry of Law and Justice as the Deputy Secretary (Drafting) and worked there until November 1998. Both as Senior Assistant Secretary (Drafting) and Deputy Secretary (Drafting), I drafted primary and subsidiary legislation for the Government of Bangladesh.

In November 1998, I took up an assignment in Gibraltar as a Legislative Draftsman under the auspices of the CFTC, Commonwealth Secretariat in London. In this capacity, I was tasked to consolidate and revise the laws of Gibraltar and to draft primary and subsidiary legislation for the Government of Gibraltar. I continued as such for 6 years in Gibraltar until November 2004. However in 2002, I resigned from the Bangladesh Judicial Service. In March 2003, I did Ph.D. in legislative Drafting by submitting a thesis entitled, “Legislative Drafting: A 21st Century Approach” under the supervision of Professor Dr. Stephen Redner of the American University of London which was published in December 2013 as a book entitled “Modern Legislative Drafting” by the Scholar’s Press of Germany.

In November 2004, on completion of my CFTC assignment, I was appointed by the Government of Gibraltar as a Law Draftsman in the Civil Service of Gibraltar. In December 2006, I was made British citizen and confirmed as Permanent and Pensionable to the above position. In May 2009, I have been called to the Supreme Court Bar as an Advocate of the High Court Division of the Supreme Court of Bangladesh.

In February 2010 I was placed in the European Union and International Department of the Government of Gibraltar. In December 2010, I was promoted to Senior European Union Law Draftsman in order to draft legislation exclusively for transposition of European Union Directives into the laws of Gibraltar. Since December 1, 2010, I have been teaching legislative drafting online in the Athabasca University of Canada to its students for the Post-Baccalaureate Diploma in Legislative Drafting course.

I have authored the following legal publications so far:

“Practical CR. P. C.” - a book of commentaries in English language on the Code of Criminal Procedure 1898 of Bangladesh. Published in Dhaka, Bangladesh in 1994.

“An Introduction to Muslim and Family laws” - a text book in Bengali language on the Muslim and family laws of Bangladesh. Published in Dhaka, Bangladesh in 1989.

“An Introduction to Marriage Law” - a book of commentaries in Bengali Language on the laws relating marriage, divorce and registration in Bangladesh. Published in Dhaka, Bangladesh in 1993.

“Laws of Family Courts” - a book of commentaries in Bengali Language on the Family Courts Ordinance 1985 of Bangladesh. Published in Dhaka, Bangladesh in 1992.

“Modern Legislative Drafting: A 21st Century Approach” - a research book based on my Ph.D. thesis. Published in December, 2013 by the Scholar’s Press, Germany. 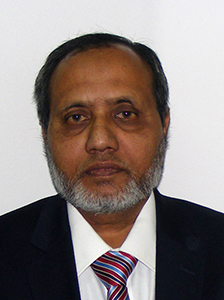